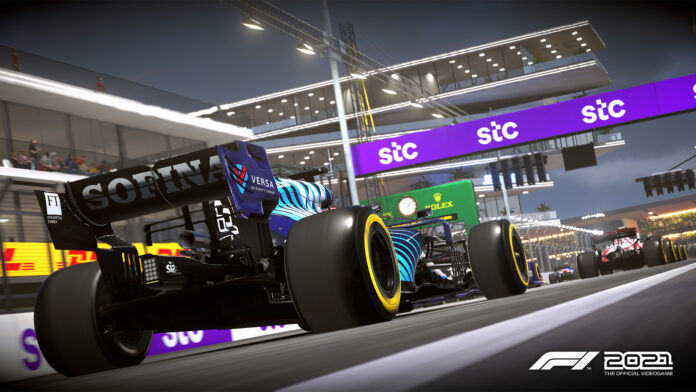 The stunning new Jeddah Corniche Circuit became the third to be added free of charge to F1 2021, the popular video game available for Xbox, PlayStation and PC.

“Our players love new circuits, and Jeddah is extra special as it makes its debut in-game before the drivers head to Saudi Arabia in December,” said Paul Jeal, senior F1 franchise director at Codemasters, one of the game’s developers.

“Jeddah has the potential to be one of the most competitive circuits on the calendar with long, fast straights and multiple overtaking sections. The studio has done an incredible job recreating the circuit ahead of its maiden race.”

Jeddah follows Imola and Portimao as free additional content for all F1 2021 players. Its location has given the designers the ability to create a unique game track, with a focus on speed and overtaking.

The circuit has 27 corners and is 6.175km in length, making it the second-longest circuit on the F1 calendar behind Circuit de Spa-Francorchamps, and the longest street circuit in the sport.

Three consecutive sections of the circuit have been marked out as potential DRS Zones — where drivers can deploy drag reduction systems to increase top speed — ensuring plenty of overtaking opportunities.

Drivers are expected to record average speeds of 250kph, and stars such as Lewis Hamilton and Max Verstappen — currently locked in an epic battle for the 2021 championship — will hit top speeds of up to 322kph.

The race weekend begins on Dec. 3 with two days of practice and qualifying laps, and high-octane entertainment, followed by the race itself on Dec. 5.