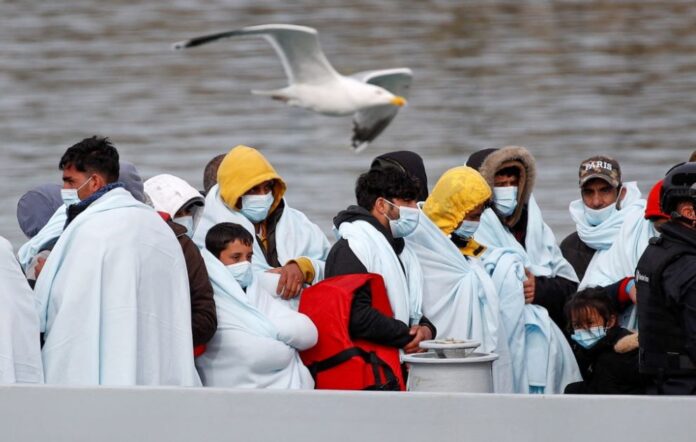 LONDON: Hunger-striking asylum-seekers, destined for Rwanda, will be deported faster if they do not consume food and water, the UK Home Office has said.

At least 17 people from Syria, Egypt and Sudan, who are being held at the Brook House immigration removal center near Gatwick Airport, began the protest when they were told they would be sent to Rwanda on June 14 as part of a controversial new scheme.

One asylum-seeker was told in a letter that they might be deported even sooner if they did not stop their hunger strike.

In a warning that could be interpreted as a threat to the wider group, the letter said: “Your refusal of food and/or fluids will not necessarily lead to your removal directions being deferred. In the interests of your health and safety we may prioritize your removal from detention and the UK.”

The welfare of the person was “of real concern to the Home Office,” it added.

Some of the hunger strikers said they were being treated in the UK the same as they had been while detained in Libya.

“I just want to be safe and free. I’m not a criminal,” one said. “Why did the UK put me in prison. I have no connection with Rwanda. Why would the UK send me there?”

Charity workers campaigning for the detainees said they had been successfully trying to encourage them to abandon their hunger strike.

Clare Moseley, the founder of the charity Care4Calais, said five asylum-seekers remained on hunger strike but she was hopeful they would be persuaded to stop.

“We’ve told them there’s lots of ways that we can fight this and lots of reasons to be hopeful,” she said.

A Syrian detainee at Brook House said that he and 17 others had been on hunger strike for several days. He said they would rather die than be deported to Rwanda.

On Wednesday, charities that support asylum-seekers said they had documented a number of suicide attempts among those threatened with being sent to Rwanda.

An Iranian asylum-seeker, who attempted suicide, told charity workers she believed she faced being offshored to Rwanda. She was saved, admitted to hospital and survived.

A 40-year-old Yemeni asylum-seeker made a video addressed to UK Prime Minister Boris Johnson and Home Secretary Priti Patel stating that after he had arrived in the UK on April 13 and found out about the Rwanda offshoring plans he had “no other choice but to kill myself.”

The Home Office has said every step is taken to prevent self-harm and suicide at immigration removal centers.

On Tuesday, Patel announced that the first group of asylum-seekers who entered the UK without authorization would be deported to Rwanda on June 14.