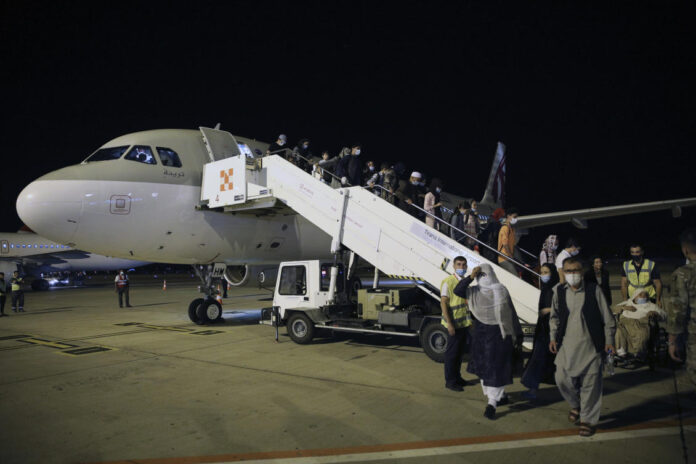 TIRANA, Albania: A group of people evacuated from Afghanistan as the Taliban returned to power last year held a protest Wednesday in Albania over the failure to expedite their move to the United States.
A small group of families in Shengjin, a town located 70 kilometers (45 miles) northwest of Albania’s capital, Tirana, called on the US to speed up the process of their transfer. Some women and children held posters reading, “We are forgotten.”
Some 2,400 Afghans were evacuated to Albania in August and September 2021 and given temporary shelter in Shengjin and another resort town, Durres.
Non-governmental organizations from United States and other countries provided financial support for accommodating them.
The Albanian government said at the time that it would house thousands of Afghans for at least a year before they moved to the United States for final settlement. More recently, the government pledged to keep them for longer than a year if their US visas were delayed.
The Foreign Ministry says 900 of the evacuees remain in Albania. Those no longer in the European country went to the US and Canada.
Bledar Shima, the manager of a resort in Shengjin sheltering 350 Afghans, said the property has not been paid for six months. Shima urged the Albanian government to intervene, according to private TV station Top Channel.