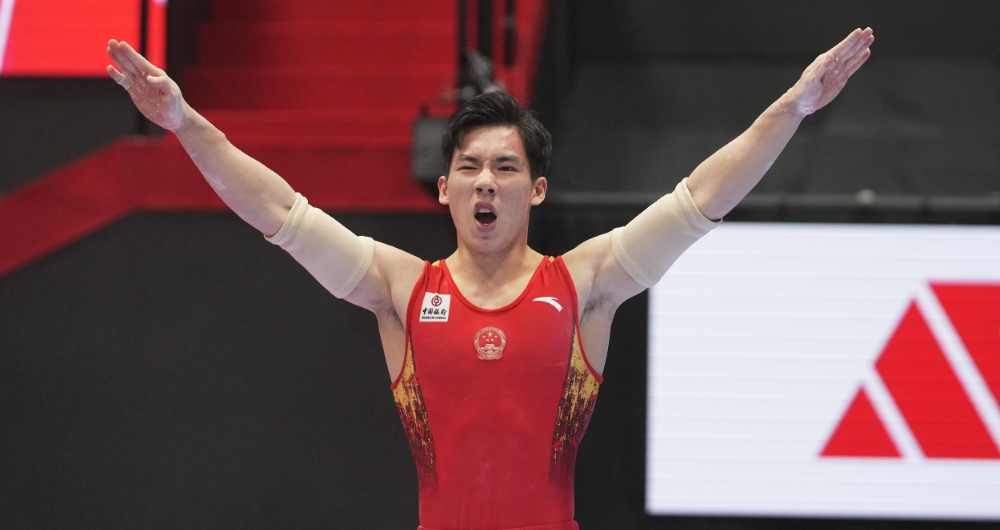 KITAKYUSHU, Japan: Zhang Boheng of China edged out Olympic champion Daiki Hashimoto on Friday to win the gold medal in the men’s all-around at the Gymnastics World Championships.

Zhang, who did not qualify for China’s team for this summer’s Olympics, held a slim lead over local favorite Hashimoto heading into the final apparatus, the horizontal bar — an event Hashimoto won at the Tokyo Games.

“This is my first time to take part in the world championships and the first time to win the all-around title for my country,” Zhang said. “I was nervous waiting for the scores to appear because it was so close, such a high-level competition.”

Hashimoto was aiming to become Japan’s fifth men’s world champion and its first since Kohei Uchimura won the last of his six straight titles in 2015.

Hashimoto’s performance on the horizontal bar was solid but he stepped to his left on the landing which likely cost him the gold medal.

“(Zhang) was great tonight,” Hashimoto said. “There is no question he is world No. 1. I knew I had to put in a perfect performance on the horizontal bar and that was difficult to do.”

Zhang had the top score on the floor exercise, the vault and the parallel bars, while finishing second-best on the rings and horizontal bar, the only apparatus where Hashimoto led the field. Both Hashimoto and Zhang suffered falls on the pommel horse.

At 19, Hashimoto became the youngest man ever to win the Olympic all-around title, at the Tokyo Games.

Defending champion Nikita Nagornyy of Russia did not travel to Japan for the worlds.