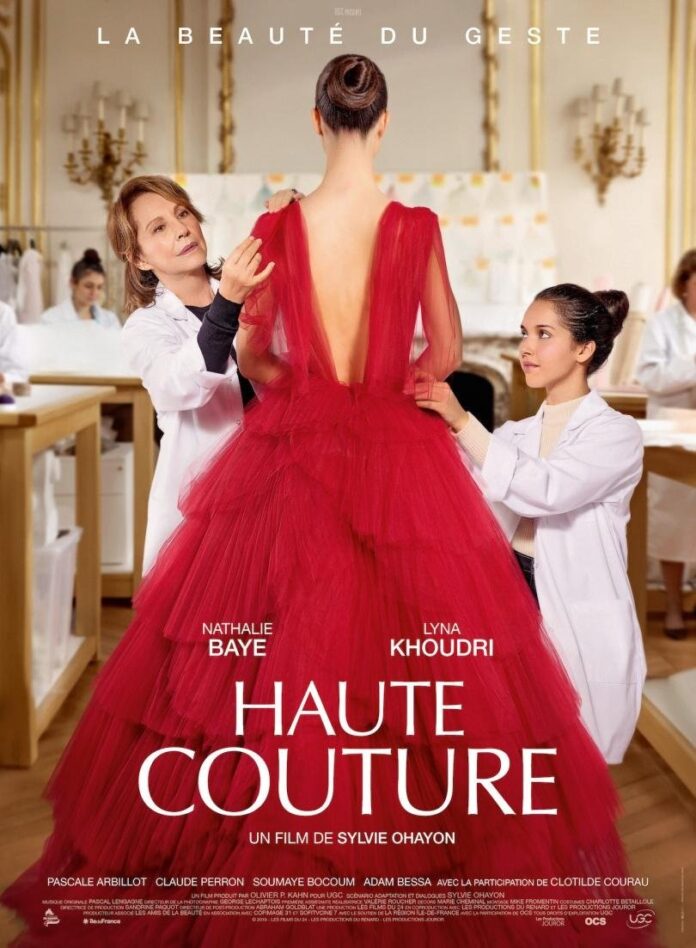 DUBAI: With Paris Fashion Week well underway in the French capital, it is only fitting that the trailer for “Haute Couture,” starring French-Algerian actress Lyna Khoudri has been unveiled. Directed by French filmmaker Sylvie Ohayon, the new fashion-filled film is set to hit theaters in Nov. 10, 2021.

The film tells the story of a petite mains named Esther (Nathalie Baye) who, after participating in her last Haute Couture collection for Dior, gets her bag stolen by 20-year-old Jade (Khoudri) at the metro station. Overcome with remorse, Jade decides to return the handbag to Esther, who then invites the young girl to join Maison Dior as an apprentice.

‘Haute Couture’ is set to hit theatres in November. (Supplied)

In the nearly two-minute-long trailer Khoudri can be seen sketching, sewing and pinning fabric on haute couture gowns.

It is not the first time that the 29-year-old has taken on the role of a budding fashion enthusiast.

The North African rising star first gained prominence for her role as Nedjma in Algerian film “Papicha,” in which she played a young design student who was determined to stage a fashion show in protest of the country’s escalating conservatism in the midst of the Algerian Civil War.

Director Mounia Meddour’s debut feature premiered in the Un Certain Regard section at the Cannes International Film Festival in 2019.

For her work in the film, Khoudri won the Orizzonti Award for Best Actress at the 74th Venice Film Festival and she was nominated in the Cesar Awards’ Most Promising Actress category.

She played a student activist and Chalamet’s love interest in the live-action film.

The up-and-comer is also set to appear in a new two-part adaptation of Alexandre Dumas’ classic French novel “The Three Musketeers,” in which she will star opposite Francois Civil as his love interest, taking on the role of Constance D’Artagnan, formerly Bonacieux.

Additionally, the Algeria-born actress is currently busy shooting “Novembre,” a Cedric Jimenez-directed thriller about the French anti-terrorism services during the hunt for suspects after the 2015 attacks in Paris.