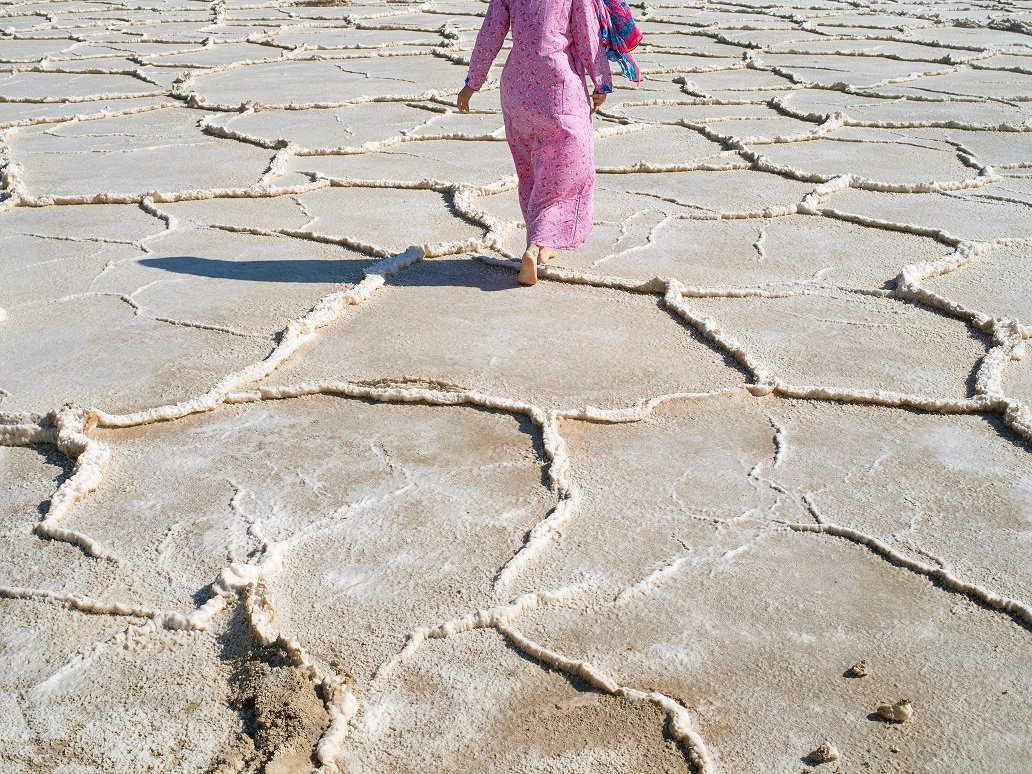 DUBAI: The 17th Venice Architecture Biennale is set to feature a large-scale prototype structure by the UAE’s National Pavilion.

The salt-based prototype is created from an environmentally-friendly cement made of recycled industrial waste brine and it will be accompanied by commissioned photography by Emirati photographer Farah Al-Qasimi.

The structure is 2.7 meters tall and seven by five meters wide and features a walkable interior space. It is formed from up to 3,000 modules made of an MgO-based cement designed by the curators Wael Al-Awar and Kenichi Teramoto in a collaborative research process.

Taken in her trademark style, the scenic photographs capture the tension between urbanization and nature in the country’s sabkha. (Supplied)

At the UAE’s National Pavilion, the prototype will be set against 4.5 meter wide, 3 meter high photographs of the Al-Ruwais sabkha (salt flats), taken by the New York-based artist Al-Qasimi.

Taken in her trademark style, the scenic photographs capture the tension between urbanization and nature in the country’s sabkha, which have been nominated as a UNESCO World Heritage Site due to their scale, cultural significance and ecological complexity.

According to a released statement, Al-Qasimi said: “The scenery of the sabkha sites presents a moment of conflict and resolution. On and below the earth, the sabkha is a serene living environment with many layers of water, sand, salt and micro-organisms which have evolved in harmony to create a delicate ecological system that absorbs more carbon per square meter than the rainforest.

Farah Al Qasimi’s photographs will be exhibited with the prototype. (Supplied)

“But directly above this natural phenomenon are high-tension voltage cables running to massive industrial facilities nearby, emitting an ear-splitting electrical buzz. My photographs of the site capture this tension between industrialization and the environment. I’m very proud to be contributing to the UAE’s pavilion, working with a cosmopolitan research team that really reflects the nation’s diversity,” she added.

The International Architecture Exhibition, which is set to open to the public from May 22 to Nov. 21, will include 110 participants from 46 countries, with increased representation from Africa, Latin America, and Asia.

Five countries are taking part in the Venice Biennale 2021 for the first time: Iraq, Azerbaijan, Grenada, and Uzbekistan.