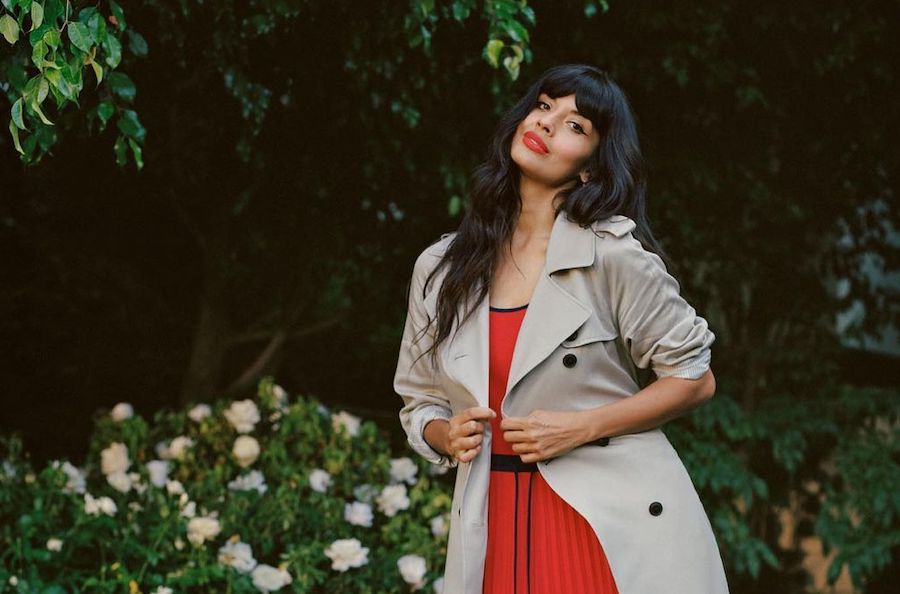 The model, actress and body positivity advocate is the face of the American brand’s Spring 2021 campaign “Moving Forward Together,” which is all about social change and community. As per the theme, the campaign features a wide array of community leaders and activists. Joining Jamil is “Pose” star Indya Moore, ballroom legend DJ Kiddy Smile and LA’s influential Compton Cowboys.

“So excited to join the new #MovingForwardTogether campaign with @tommyhilfiger as they make their move towards more sustainability and inclusion,” wrote the British-Pakistani-Indian actress on Instagram.

“This is one of the most diverse and powerful campaigns I’ve seen from such a giant brand and I’m positively star struck by some of the inspiring advocates involved from around the world,” she added.

The entire cast was photographed in pieces that they love the most. Jamil donned a long, beige trench coat worn over a red and white pleated midi skirt.

“When I ever promote clothes I try to make sure they are always things I will want to wear until I’m 80. I want to wear classics, not passing trends. These pieces will live with me forever and someone will have to pry the raincoats from my cold dead hands one day (sic),” Jamil shared on Instagram.

Instead of an in-person group campaign, Hilfiger chose to highlight each member in international environments that feel most like home to them.

According to the actress and activist, who founded the I Weigh Movement, the photographs, shot at locations in Los Angeles, London, Paris, Berlin, New Jersey and Hainan, were unedited as per her request.

The 34-year-old stated that she’s been a fan of the brand for a while, especially since the inclusion of curvy models for the brand’s Fall 2019 collection in collaboration with Zendaya during New York Fashion Week.

Jamil has a string of campaigns and fashion editorials under her belt, including Aerie — a sub-brand owned by American Eagle Outfitters.

In the past, she has been photographed for publications such as Vogue India and Grazia UK, among others.