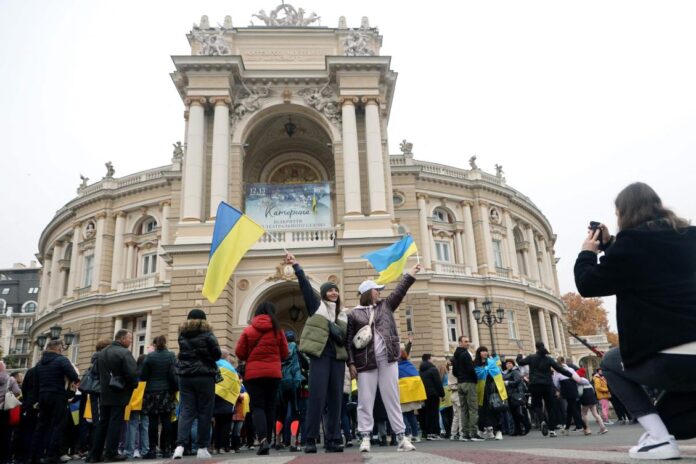 DUBAI: Russian forces destroyed the critical infrastructure in the southern city of Kherson before fleeing, Ukrainian President Volodymyr Zelensky said on Saturday, adding that local authorities were starting to stabilize the city.Jubilant residents welcomed troops arriving in the center of Kherson on Friday after Russia abandoned the only regional capital it had captured since the start of the war.”Before fleeing from Kherson, the occupiers destroyed all the critical infrastructure: communications, water, heat, electricity,” Zelensky said in a video address.”(Russians) everywhere have the same goal: to humiliate people as much as possible. But we will restore everything, believe me,” he continued.Zelensky said Ukrainian troops had taken control of more than 60 settlements in the Kherson region.”Police have launched stabilization measures. Stabilization measures are also underway in Kherson,” he said.