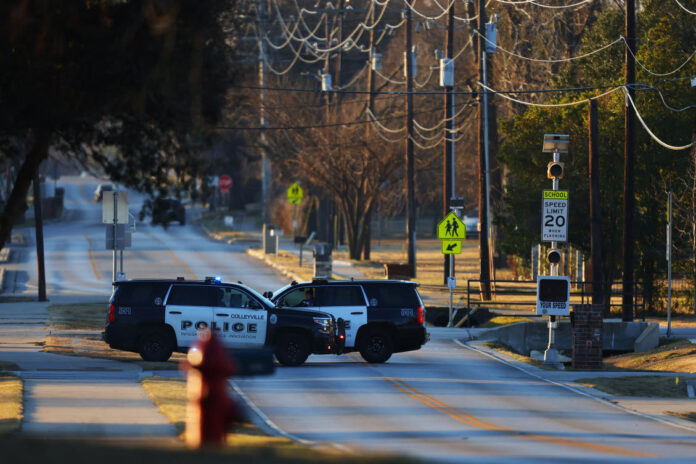 LONDON: British police said Thursday they have arrested two people in connection with a hostage-taking at a synagogue in Texas.
Counter Terrorism Police North West said one man was arrested Thursday in Birmingham, central England, and another in the northern English city of Manchester. They are being held for questioning and have not yet been charged.
The force said it was continuing to support US authorities with their investigation into Saturday’s hostage incident. Malik Faisal Akram, a 44-year-old British citizen, took four people hostage at a Texas synagogue in a 10-hour standoff that ended in his death. All four hostages were unharmed.
Police did not disclose details about the two people detained Thursday. British police do not release names and details of detainees until they are charged.
On Sunday, police arrested British teenagers in Manchester as part of the investigation. They were later released without charge.
Akram was from Blackburn, an industrial city in northwest England. His family said he had been “suffering from mental health issues.”
Akram entered the United States on a tourist visa about two weeks earlier and spent time in Dallas-area homeless shelters before the attack at Congregation Beth Israel, in the suburb of Colleyville.
The FBI has called the incident “a terrorism-related matter” targeting the Jewish community.
British media, including the Guardian and the BBC, have reported that Akram was investigated by the domestic intelligence service MI5 as a possible “terrorist threat” in 2020, but authorities concluded he posed no danger, and the investigation was closed.
The White House said Tuesday that Akram had been checked against US law enforcement databases before entering the country but raised no red flags.