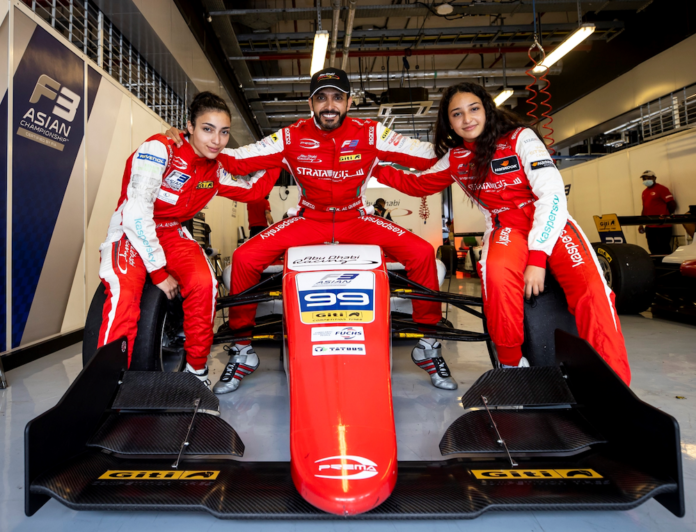 ABU DHABI: The Emirati racing family of Khaled Al-Qubaisi and daughters Amna and Hamda will take part in the new Formula Regional Asian Championship season kicking off on Jan. 21.

Abu Dhabi Racing, in collaboration with Prema Racing, will field their three cars for the championship, previously named Asian Formula 3, with the first round taking place around Yas Marina Circuit.

Accomplished GT racer Khaled Al-Qubaisi is returning to the series after his debut last year, and will be joined by his two daughters from the opening round at their home venue in the UAE capital.

Returning to action for her second season in the series, 21-year-old Amna Al-Qubaisi will compete alongside her 19-year-old sister Hamda, who had an impressive season in the 2021 Italian Formula 4 Championship with one overall podium to her name.

It will be Hamda’s first competitive outing in the challenging Formula Regional Tatuus machine.

Rene Rosin, Prema team principal, said: “We are delighted to continue our collaboration with Abu Dhabi Racing and the Al-Qubaisi family. We have worked with Khaled, Amna and Hamda several times over the years, and it will be special to field them all together this time.”

He added: “We are also strong supporters of the Formula Regional Asian Championship. Our experience last year was extremely positive, so we are looking forward to another highly competitive season.”

The Formula Regional Asian Championship kicks off at Yas Marina Circuit on Jan. 21, followed by three rounds in Dubai before returning to the Abu Dhabi circuit for the final round on Feb. 18, alongside the Asian Le Mans Series.