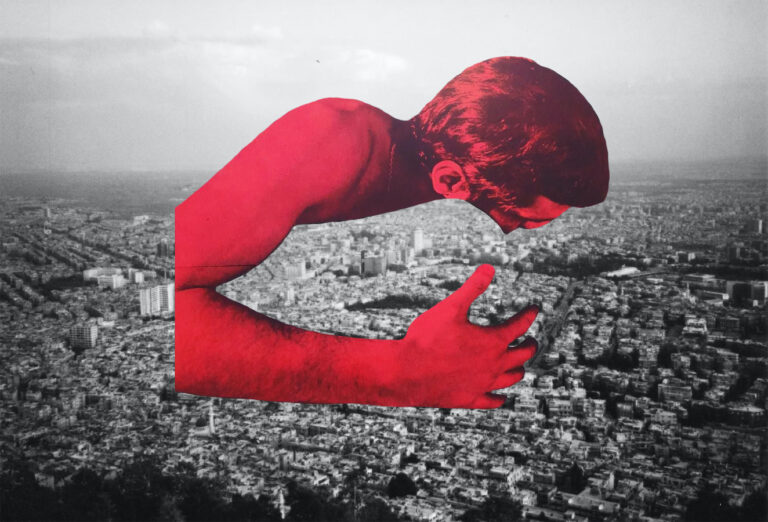 DUBAI: In March 2011, I was in my last year of school and the plan was to leave Saudi Arabia to go to Syria for college. All of a sudden, everything changed because of the protests in Syria. I quickly had to have a Plan B, so I went to Jordan and studied there. While I was there, I met Syrians and we were politically active. But in 2013 and 2014, the protests turned into a civil war and I felt sad, depressed — a sense of surrender. Everything we did went in vain. So I stopped.

I came to Europe in late 2018 and, somehow, I became more involved in demonstrations and freedom of expression, but I felt alienated and faced racism. These past 10 years have been difficult. I wish they’d never happened. I changed as a person and I never imagined that as a 27-year-old I’d be involved in political activism and discussion. None of it interested me before 2011.

My work depends of improvisation. I like mixing things together and here I saw the opportunity of combining different images and seeing how they react to each other in one frame. When I made this work in November 2019, I was at my computer, telling myself that I want to make something that is personal and vulnerable.

I have a large archive of pictures of Syria and I looked at different images of Damascus until I found an image that had the potential. I also had dozens of movie posters. I started cutting, placing them on the image of Damascus. I (tried many things) but none of them convinced me. Then, randomly, I cut this picture of a man in a specific way and it’s as if he’s hugging Damascus. I had got to the point that I wanted to reach. I felt it was complete.

I love the idea of contrast, so I chose black and white with the bright red color. Red is a strong color, symbolic of blood, upheaval, revolution. I consider this work to be a love letter to Damascus, which is very precious to me. I visited it more than once and lived there for three consecutive weeks — some of the best weeks of my life.