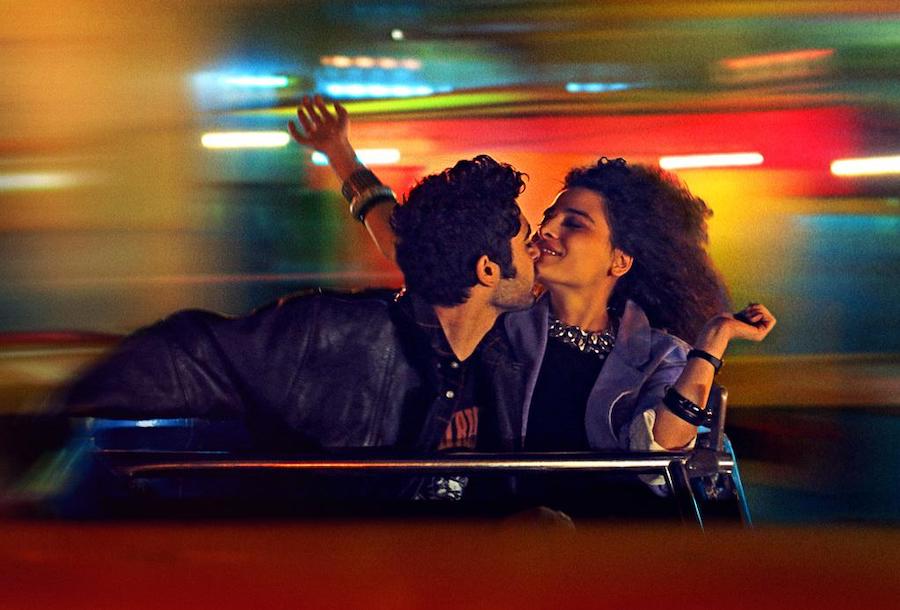 Films made by Egyptian filmmaker Sharief Zohairy, Argentinian-Lebanese George Peter Barbari and Palestinian director Samaher Alqadi are also part of the official lineup. Of the titles chosen, four were directed by women.

A co-production uniting Lebanon, France and Canada, “Memory Box” by Hadjithomas and Joreige will be competing for the prestigious Golden Bear award at the forthcoming festival. The film, which is making its world premiere, tells the story of a single mother from Montreal who is confronted with memories of her past as a teenager during the Lebanese civil war of the 1980s. It is the fifth film by the Lebanon-born filmmakers.

Screening in the Panorama section of the festival, Raheb’s “Miguel’s War” tells the story of a Lebanese man who had been oppressed by society all through his youth. In 1982 he decided to participate in Lebanon’s civil war to find a place within society and to prove himself to his family.

Amin’s “Souad,” which was initially meant to make its debut at the 2020 Cannes International Film Festival, will also be shown in the Berlinale’s Panorama section. The film explores how social media affects the lives of young girls approaching adulthood.

Also showing in the Panorama section is “Death of a Virgin and The Sin of Not Living” by Barbari. It will mark the filmmaker’s directorial debut. The story is based on true events from the director’s own life. It follows four young Lebanese men on their way to win their acceptance into manhood.

“As I Want” by Alqadi is a documentary feature that was motivated by the public rape of her best friend in the streets of Cairo, which led to a series of mass protests against sexual assault in Egypt that the director captured with her camera.

The festival’s Forum Expanded selection will screen 17 films as well as art installations, including Zohairy’s five-and-a-half-hour long documentary “Seven Years Around the Nile Delta.” Shot in a period of seven years, the film is half road movie and half travelogue.

Due to the ongoing COVID-19 pandemic, this year’s Berlinale will be split into two stages: A digital-only event taking place from March 1-5 and a live red carpet event open to the public in June.