More
HomeSportsSebastian Vettel invited Saudi women to karting event to learn about their... 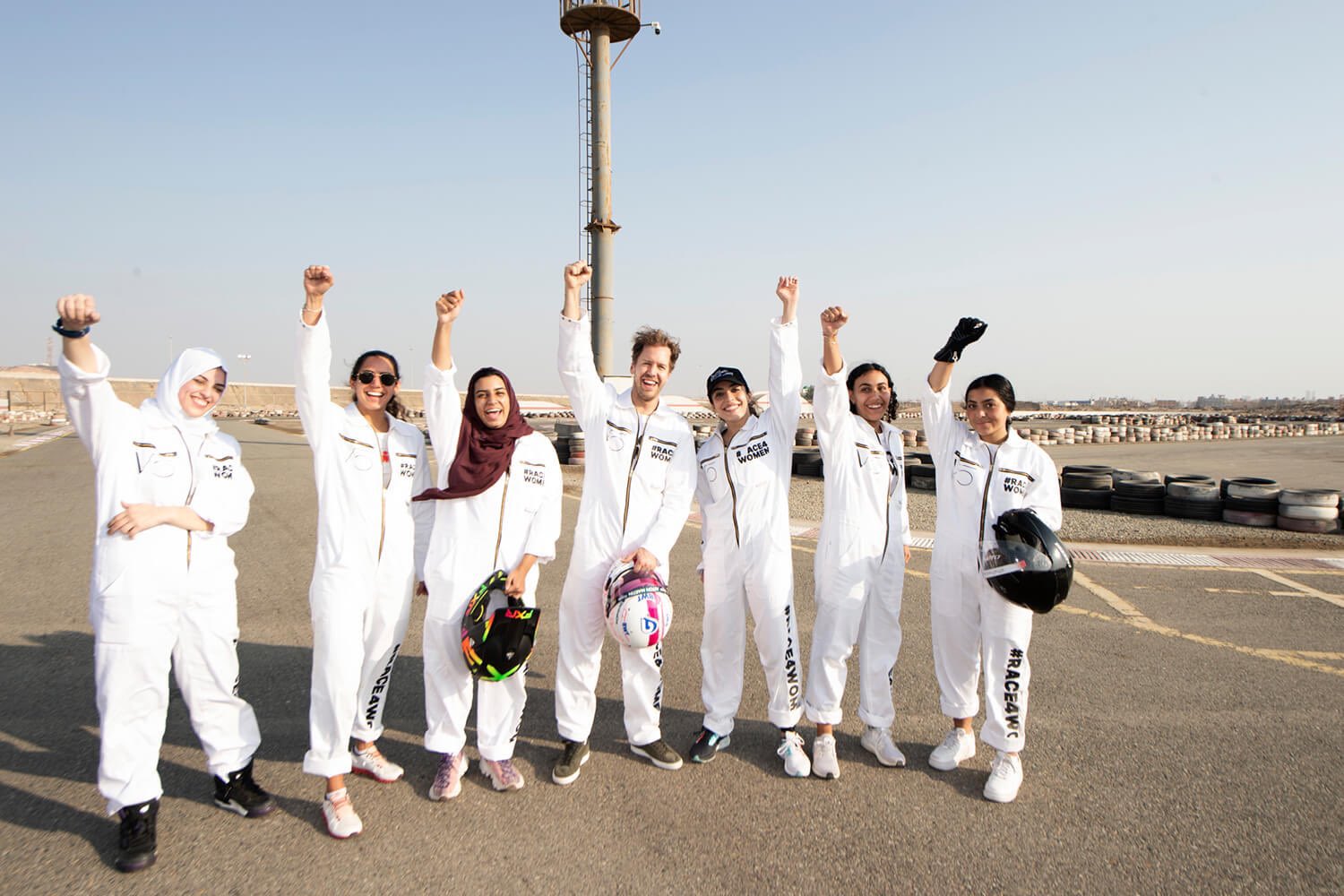 JEDDAH: In an effort to learn more about life in Saudi Arabia and recent changes in the country, and as an activist for equality, Formula 1 driver Sebastian Vettel said that he organized a special karting event this week for women in Saudi Arabia.

In comments shared on social media, the German driver, who races for Aston Martin, said he hired a karting track in Jeddah on Thursday and invited some Saudi women to race so that he could hear their first-hand accounts of what life is like for them in the Kingdom.

Vettel said: “It’s true that some things are changing here. There are a lot of questions that have been asked and I have asked myself. So I was thinking of what I can do. I really tried to think of the positive side.

“And so I set up my own karting event today, under the hashtag Race for Women, and we had a group of seven or eight girls and women on the track.

“I was trying to pass on some of my experiences in life and, obviously, on the track; to do something together to grow their confidence. Some of them had a (driving) license, others they did not. Some of them were huge Formula 1 enthusiasts, others had nothing to do with Formula 1 or racing before today.

“It was a good mix of women from different backgrounds and a great event. Everybody was extremely happy,” he continued. “And I was, I have to say, very inspired by their stories and their backgrounds, their positivity about the change in the country.

“It was important to get to know some of these women. And I think it was a very, very memorable and inspiring day and a great way to kick-off the weekend by focusing on the positive.”

Vettel will compete in the inaugural Saudi Arabian Grand Prix at the Jeddah Corniche Circuit on Sunday, Dec. 5.