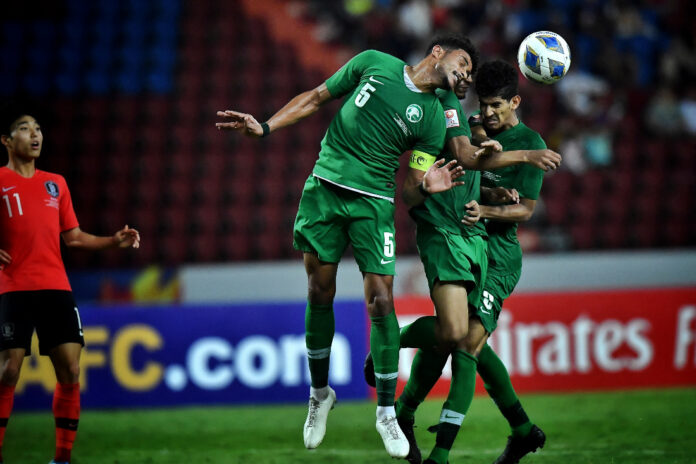 With qualification for the World Cup, triumphs in the AFC Champions League and a thrilling title race and relegation battle, these are exciting times for Saudi Arabian football. Sunday could be the icing on the cake with a major tournament final.

It could also be third-time lucky for coach Saad Al-Shehri and a team of young Saudi footballers.

Saudi Arabia meet hosts Uzbekistan in the final of the U-23 Asian Cup in Tashkent, full of confidence and belief after an almost perfect run in the tournament. The young Green Falcons topped their group then defeated Vietnam and Australia in the knockout stages to book the big date.

All this was done without conceding a single goal. Meeting the host nation in the last game of a major competition is always going to be a big challenge, and Al-Shehri is not going to be taking anything for granted as he knows all about getting to within touching distance of a trophy and then falling just short.

Saudi Arabia have now won all three semifinals they have contested in this competition but have yet to win a final.

On a personal level, the 42-year-old Al-Shehri has been here before as well, twice in fact, and lost both times. The first final loss was back in 2016 at the Asian U-19 Championship. Then Saudi Arabia made it all the way, thanks to an unforgettable 6-5 victory in the last-four clash with Iraq, and then met Japan. The game in Bahrain ended goalless with the Samurai Blue triumphing on penalties.

The second final was just as painful for the boss and came at the previous tournament in 2020, the last major meeting before COVID-19 wreaked havoc on international football. There was a semifinal win over Uzbekistan, then the defending champions, which booked another final. This time South Korea were the opposition and once again it ended goalless after 90 minutes but Jeong Tae-wook struck after 113 minutes to win the game for the East Asians.

It is not only a chance for the coach to win at the third time of asking but the team, too, as Saudi Arabia U-23s also made the final of the 2013 Championships and lost the final to Iraq. The past runs to the final have not been as impressive as this one with the attack scoring 11 times and the defense yet to be breached.

“The difference with this team and the ones that reached the 2013 and 2020 finals is that they had good preparations,” Al-Shehri said. “We didn’t have much time together ahead of this tournament and we found it difficult to settle at the start of every game. However, the players were able to adapt as we went along and I am counting on this to win the title.”

After struggling through qualification, Saudi Arabia have come good at the right time.

“We have gone five games without conceding a goal and the players are working hard to keep our perfect record intact,” said Al-Shehri. “We are just thankful for not letting in goals.”

That defensive record has been the foundation of the success. Goalkeeper Nawaf Al-Aqidi has been imperious and the backline has been boosted by the addition of center-back Hassan Tambakti in the knockout stages as he finished a Spain training camp with the senior team. Winger Haitham Asiri has not recovered from the injury that led to his withdrawal early in the semifinal win over Australia but there is strength in depth in the squad and determination.

Midfielder Hamid Al-Ghamdi was the man of the match against the Olyroos and is ready for Uzbekistan.

“We have kept five clean sheets so far and we owe it to ourselves for all the hard work. We have one more game now that we really need to win.”

The Ettifaq man wants victory for Al-Shehri. “Our head coach has helped us a lot throughout this tournament. We both understand what is needed from each other and we plan to give him the title.”

It won’t be easy. Hosts Uzbekistan have also been impressive on the road to the final, topping their group and beating the highly fancied Japan in the semifinals. There was drama in the quarter-final with the team needing penalties to overcome Iraq, but that experience may stand them in good stead for the big game.

Jasurbek Jaloliddinov scored a spectacular goal as the Central Asians defeated Japan 2-0 in the other semifinal. It was his third strike so far in the tournament, and the 20-year-old will be a threat and knows all about Saudi Arabia after scoring in the 2-2 draw between the two teams in qualification for this tournament last October.

“When we faced them in the qualifiers, it ended 2-2 and I scored. If I could do it before, there is no reason for me not to be able to do it again,” he said. “At least I hope I can, for the people of Uzbekistan. No matter where we are, we feel the support of 35 million Uzbekistan fans.”

There is a similar number back in Saudi Arabia, willing the team and the coach on to a long-awaited victory.