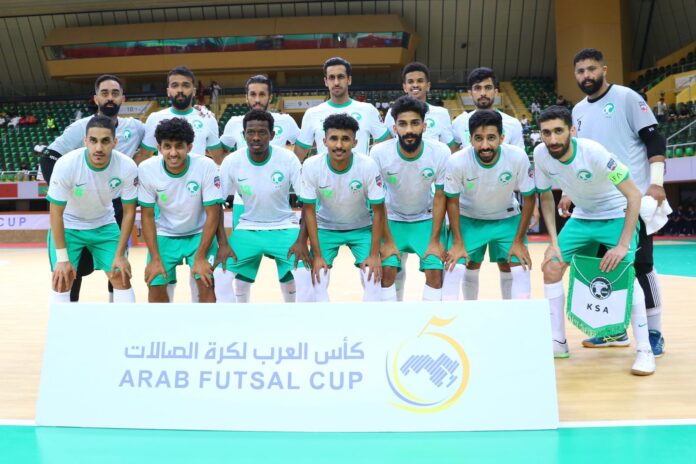 Saudi Arabia defeated Libya 5-3 in Dammam to reach the quarterfinals of the 2022 Arab Futsal Cup, on a day that saw the conclusion of the group stages for the 10-team tournament.

The Green Falcons finished top of Group 3 with three points, ahead of Palestine in second place, and Libya in third only on goal difference. With Libya one of the best third placed finishers in the competition, all three teams progress to the last eight.

In Group 1, rampant Morocco followed up their 16-0 win over Somalia with a 13-0 victory over Mauritania. With the maximum of nine points, the North African side finished top of the table, ahead of second place Kuwait on 6 points, who also progressed. Mauritania, like Libya, moved into the quarterfinals as one of the best third placed finishers.

Finally, Egypt defeated Algeria 2-0 to finish top of Group 2 and qualify for the quarterfinals alongside runners-up Iraq.

Friday’s quarterfinal line up will see Morocco take on Libya, Egypt face Mauritania, an all-GCC clash between Kuwait and Saudi Arabia, and Iraq clash with Palestine.