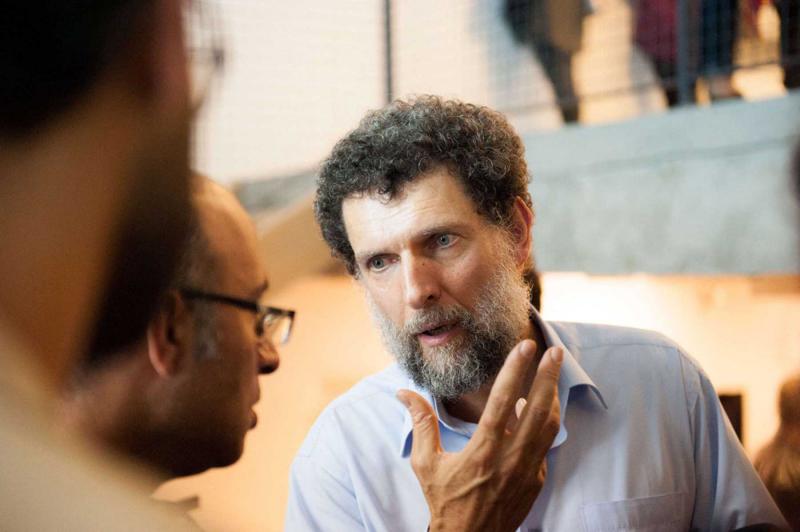 Washington-based Human Rights Watch and London-based Amnesty International — two of the most high-profile human rights groups globally — released statements in support of a move by the Council of Europe to penalize Ankara for Kavala’s continuing detention.

The disciplinary proceedings relate to a failure by Turkey to comply with a European Court of Human Rights ruling that decreed that Kavala should be released.

“Turkey is refusing to abide by the court’s final judgment in this case,” said a statement by the council, which initiated proceedings that could ultimately see Turkey lose voting rights or even its membership of the 47-nation Council of Europe.

Aisling Reidy, senior legal adviser at Human Rights Watch, said: “As this is only the second time the Council of Europe has triggered such a sanction process against a member state, the decision is an acknowledgment of Turkey’s rule of law crisis.”

She continued: “In the face of Turkey’s defiance of its obligation to carry out a key judgment of the European Court of Human Rights, the Committee of Ministers has taken the right course in notifying Turkey that it will trigger infringement proceedings

Amnesty International’s Europe Director Nils Muiznieks said: “Two years ago, the European Court of Human Rights found that Osman Kavala’s right to liberty was violated with the ulterior purpose of silencing him and called for his immediate release.

“Instead of implementing this ruling, prosecutors have consistently looked for crimes to pin on him, bringing farcical charges without any evidence. Each twist and turn of this saga of injustice has pointed at the deeply politically motivated nature of the case, as clearly identified by the European Court.”

“The message from the Committee of Ministers to Turkey is crystal clear: Turkey’s failure to ensure the immediate release of Osman Kavala and end his politically motivated prosecution is an unacceptable breach of the country’s human rights obligations.”

Kavala, 64, has long advocated for the rights of Turkey’s minorities, including Armenians, Kurds, and others, and is the founder of an Istanbul-based arts and culture non-profit organization.

He was arrested in 2017 following a failed coup in Turkey, and accused of having links to the Gulenist movement — an opposition Islamist group run from the US by Fethullah Gulen.

In 2020 Kavala was briefly released from custody, only to be detained hours later — this time on charges relating to his alleged involvement in organizing the 2013 Gezi Park protests that rocked Turkey after they evolved into an anti-government movement.

Amnesty’s Muiznieks said: “After more than four years behind bars on politically motivated charges, he must be allowed to finally return home to his family.”