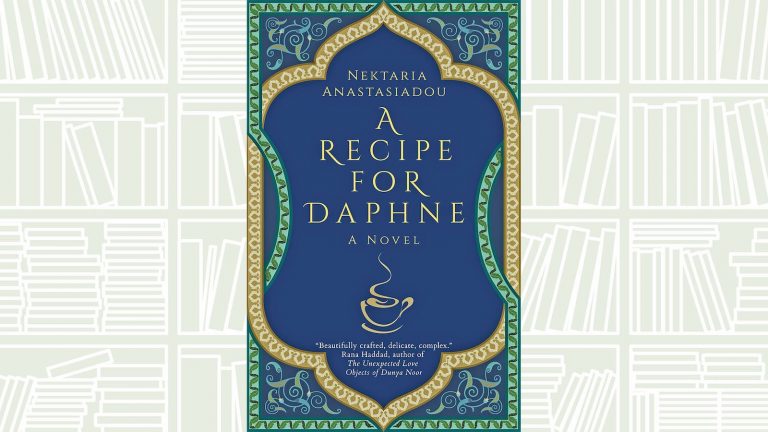 CHICAGO: From Istanbul, a 3,000-year-old city that is home to one of the oldest communities in Turkey, comes Nektaria Anastasiadou’s debut novel, “A Recipe for Daphne.” In an extraordinary examination of identity and belonging, Anastasiadou introduces the Rum community, Greek Orthodox Christians with roots in Istanbul established before the Byzantine Empire, but whose dwindling numbers have their older generation worried that they may disappear.

In a tour of the five senses, with picturesque cobblestoned streets in the Pera Distrcit, wafting cinnamon and rosewater, pastries and coffee to savor, chatter of politics and the past, and a faithful depiction of a sprawling city and its layers of history, Anastasiadou introduces Fanourios Paleologos, or Fanis — an older member of the Rum Community who is as feisty as he is stubborn. At 76, Fanis is looking for love in a city which has broken his heart and mended it several times. As a descendent of the natives that lived in the city millennia ago, Fanis feels a duty to preserve his community, one that he takes seriously enough to find a new wife.

Among his friends are those who stayed in the city despite the Istanbul riots in 1955 which were directed at the Greek community after misinformation about a bombing at the Turkish consulate in Thessaloniki began to spread. With people dead, and stores and homes destroyed, many among the community left out of fear. But those who stayed are determined to rebuild. So, they are all excited when the American niece of a friend shows up and is interested in moving back to Istanbul from Miami. Between Fanis and a young pastry-chef named Kosmas, Daphne’s hand is up for grabs.

Anastasiadou’s characters’ lives intersect and merge in Istanbul. There is a depth to their interactions as they conjure discussions of identity and roots, breaking down genetics to bring people together rather than tear them apart. Among the older generation there is distrust, but the youth embrace similarities more than differences, navigating a different city in a different time. This is a story about intersections, the entanglement of people, cultures, and languages meeting and evolving. There are lines that divide, but there is life in between those lines where we find Anastasiadou’s enchanting characters.