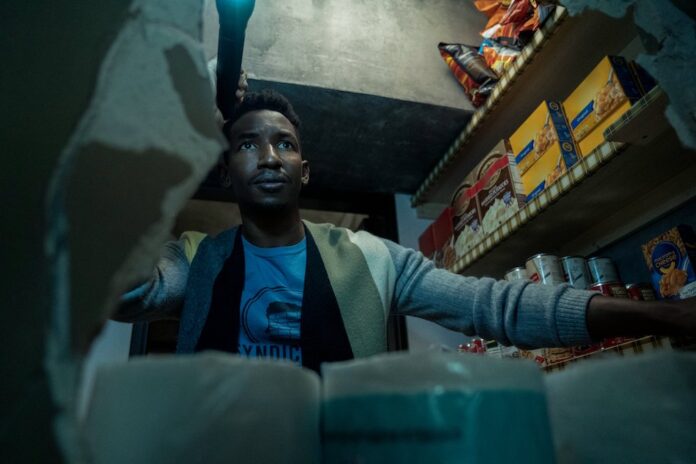 LONDON: In a world filled with new, genre-defying content, there is a tendency to dismiss simple, straightforward shows as being insufficiently innovative or ground-breaking — as if there is something wrong with doing the obvious.

“Archive 81”, Netflix’s new horror series based on a podcast of the same name, tells the story of Dan, a mild-mannered archivist (played by Mamoudou Athie) who is asked to restore a mysterious videotape from the 1990s.

In the videotape, Ph.D. student Melody Pendras, played by Riyadh-born actress Dina Shihabi, outlines her plan to chronicle the lives of the residents of a New York apartment building that will later mysteriously burn down.

It tells the story of Dan, a mild-mannered archivist who is asked to restore a mysterious videotape from the 1990s. Supplied

Dan takes the job and is transported to a remote facility in the Catskills where he must uncover what happened to Melody, and the building, by working his way through the found footage.

This might come as a surprise, but it turns out that not everyone or everything is as obvious as we are initially led to believe. As Dan watches on, Melody uncovers haunting music that drifts through the air vents, a bizarre club that meets in the basement, and a handful of other narrative devices that scream “red flag” to most viewers.

“Archive 81” is the kind of show that reveals its secrets at a leisurely pace across its eight-episode stretch. Supplied

But that should not count against it. For a series that pretends to be highly complex, it is wonderfully simple — there is a secret, and probably a conspiracy, but we do not know what it is yet. However, by the time the last episode rolls around, we will.

Sometimes, that is as much complexity as a production needs to be truly enjoyable. Sure, there are some hammed-up performances — though Athie and Shihabi are both highly watchable — some silly supernatural mumbo jumbo, and a few predictable jump scares. But it is also a lot of fun in its own self-aware way.