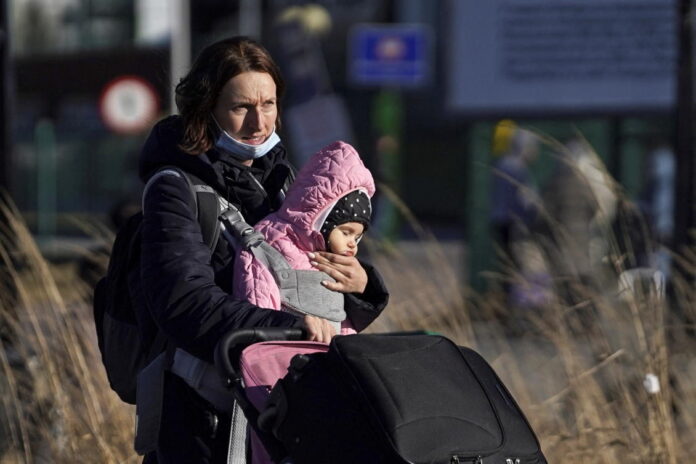 WARSAW: Poland is preparing a medical train to transport Ukrainians wounded in Russia’s assault on its neighbor, the country’s health ministry said, adding that Polish hospitals were ready to receive thousands of patients.
Russian forces invaded Ukraine on Thursday, assaulting it by land, sea and air in the biggest attack by one state against another in Europe since World War Two and prompting Ukrainians to flee their homes.
“Poland is preparing to accept migrants from Ukraine, including Ukrainian citizens affected by the armed conflict,” the health ministry said in an email sent to Reuters.
In Ukraine, explosions were heard before dawn and throughout the morning in the capital Kyiv, a city of 3 million people. Gunfire rattled, sirens blared, and the highway out of the city choked with traffic as residents fled.
“We will do everything to ensure that every person who enters the territory of Poland has access to health care, including hospitalization. Beds are being prepared in hospitals for the admission of the wounded,” the Polish ministry added.
Poland’s Health Minister Adam Niedzielski said Poland has prepared a list of 120 hospitals where people affected by the conflict in Ukraine could be treated.
“In total, we estimate at the moment that it would be possible to admit several thousand patients injured as a result of hostilities, including those seriously injured,” Niedzielski said in an interview with website wp.pl.
He also said Poland was preparing a special train to transport the wounded, set up with medical equipment and personnel, a solution never before used in Poland.
“Exercises in using it are planned in the coming days. It will pick up the wounded from the border with Ukraine.”
Niedzielski also said Poland was considering the possibility of using temporary COVID hospitals set up on fairs and stadiums.
“Temporary hospitals and their future role are now being considered. At the moment, there are fewer and fewer COVID-19 patients, so they could also be used in the case the darkest scenarios come true.”