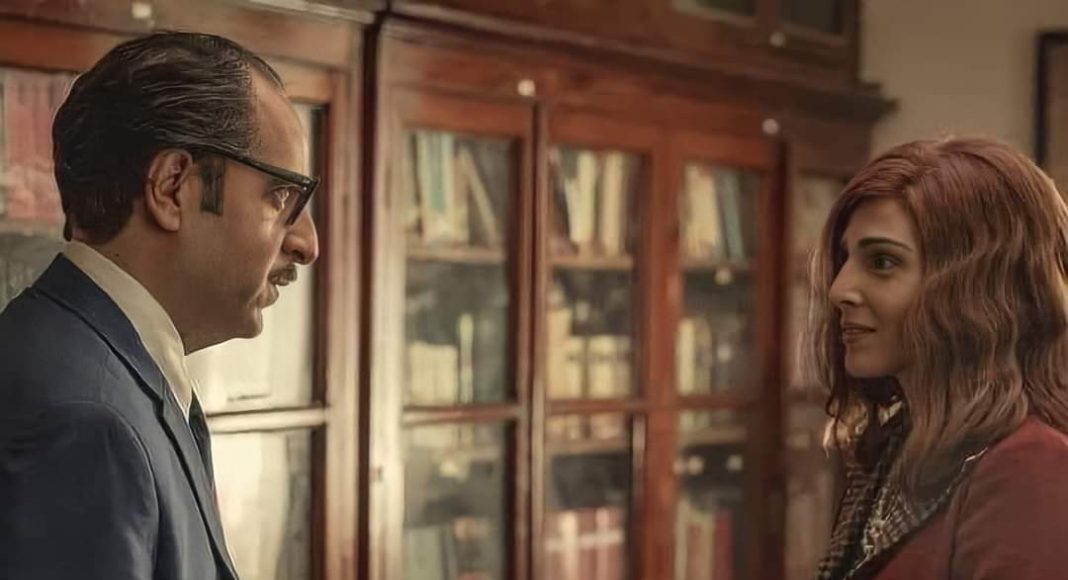 NETFLIX: Netflix’s first Egyptian original series certainly has a solid foundation to build on. “Paranormal” is based on Ahmed Khaled Tawfik’s much-loved series of novels starring
down-on-his-luck hematologist Dr. Refaat Ismail. For the melancholy doctor, life is already an unceasing chore, but when an old flame from college reenters his life, it starts a chain of events that sees Refaat and his family plunged into a world of increasingly supernatural altercations.

The six-part series is set in 1960s Cairo, and directors Amr Salama and Majid Al-Ansari have a blast as they painstakingly and lovingly recreate the look, feel, and even language typical of the era. Egyptian actor Ahmed Amin is equally transformed, seemingly carrying the weight of the world on Refaat’s downbeat shoulders as the reluctant hero finds himself dragged ever downwards (sometimes literally) into a world of demons and curses.

Tonally, “Paranormal” shifts around a lot. At times, it tends towards playful, with Refaat’s internal monologue dripping with disdain towards some of the characters he meets. Other times, the show opts for action-based set pieces (with some questionable CGI), and as the finale nears, it takes a decidedly dark descent into near-gothic horror.

It’s a wild ride, underpinned by Amin’s unrelentingly dour — though unquestionably skilled— performance. Razane Jammal (as old flame Maggie) is equally engaging, and the duo shoulder most of the show’s dramatic heft, allowing many in the supporting cast to fall back on a more histrionic approach.

In the first couple of episodes, “Paranormal” looks set to head into “X-Files” territory, opting for a ‘monster-of-the-week’ format. And perhaps with a longer run there would have been time to scratch that intriguing itch. With just six episodes, the show must instead immediately return to the overarching storyline teased in its first installment, so any initial world-building falls by the wayside. A second series is teased, so if the show and its sad- sack protagonist return, there may be an opportunity to see more of Tawfik’s lovingly written — and potentially frightening — world.