More
HomeNEWS‘Monster Hunter’ is ‘the right movie at the right time,’ says director 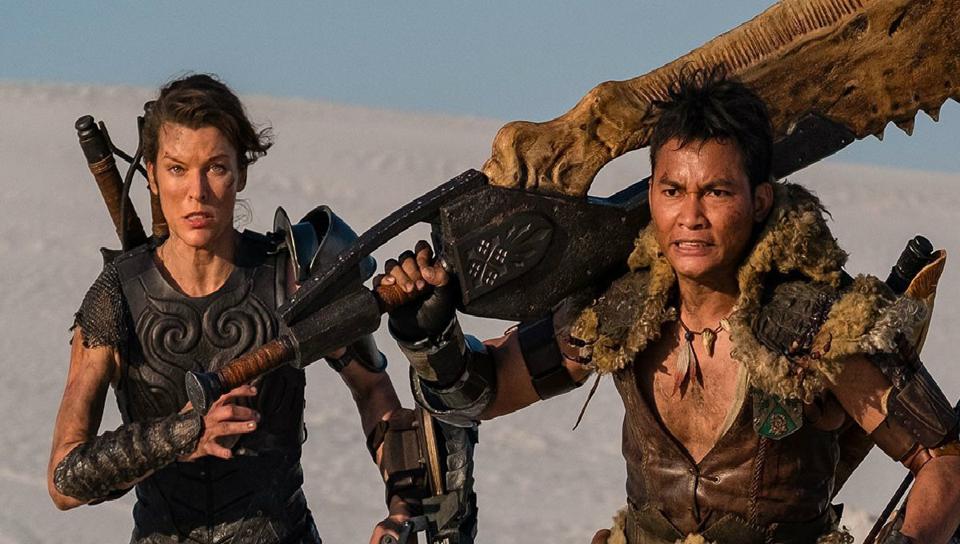 ‘Monster Hunter’ is ‘the right movie at the right time,’ says director

DUBAI: Milla Jovovich, the action star and one-time highest-paid model in the world, was sitting in her dining room when her husband, director Paul W.S. Anderson, dropped a script on the table. It was the latest draft of “Monster Hunter,” a passion project he had rewritten numerous times over a 10-year period, struggling to bring the iconic Japanese video-game series to life.

“Paul sat down and said, ‘I finished the latest script. I would love for you to read it and tell me what you think.’ Even though I had already read about four different versions, I said, ‘OK, great.’ And he’s like, ‘I’m just warning you. I wrote this for you,’” Jovovich told Arab News.

“I said, are you joking? We just finished ‘Resident Evil,’ you’re going to have me going from killing zombies to killing monsters? You have to be kidding me. People are not going to buy it.”

Jovovich and Anderson have always had a painfully honest relationship, but it seems to work for them. The two met on the set of “Resident Evil,” and since then have made eight films and had two children together, marrying in 2009.

“It’s always in my best interest to be honest,” said Jovovich. “I want him to do his best, and if I can help that, the last thing that I want to do is not say what I really feel.”

Despite her rather pointed note, Anderson was convinced the movie wouldn’t work without her.

“He said, ‘I really strongly believe that you’re the best person to do this. Read the script before you decide.’ And, of course, he knew exactly what I love, which is to play a soldier, but I was definitely not sure about the whole thing,” said Jovovich.

The film tells the story of a soldier named Artemis, played by Jovovich, who is transported into another dimension with her squadron, and has to survive in a world populated by larger-than-life creatures and find her way back home.

In order to avoid shooting everything against a green screen — now the norm for Hollywood blockbusters — Anderson took his wife and the rest of the cast and crew, including action star Tony Jaa, to the Western Cape of South Africa to film in the blistering sun.

“Milla ended up with sunburn on the whites of her eyeballs, because her character can’t wear sunglasses — the same for Tony Jaa. It was very physically challenging, which was a new experience for me,” says Anderson.

“Oh, poor you, with your hat and your sunglasses, and your nice white billowing top,” Jovovich says to her husband.

“I was talking on your behalf,” says Anderson.

Even Jaa, who is known for his death-defying stunts, struggled to adjust to the desert climate.

“The white sand was really beautiful, but the temperature was around 45 degrees. It was really hot. I just ran, and we would do around 20 takes. I was exhausted, but I kept going because this is really important. This is a big movie,” he said.

Anderson wanted the film to come out during 2020, feeling that a divided and wounded world needed some escapism, as well as a hopeful message.

“It’s the same message the game has. It’s important for people from different cultures, from different worlds, to learn how to cooperate for the greater good. It’s becoming a very divisive, insular world.

“I wanted to have a movie where cooperation and friendship are the important things. It is the right movie at the right time,” said Anderson. Main category:
Lifestyle
Art & Culture
Tags:
Monster Hunter
Previous articleHow to get through Christmas in the time of coronavirus
Next articleStars on hand as British Fashion Council shifts gears to recognize changemakers