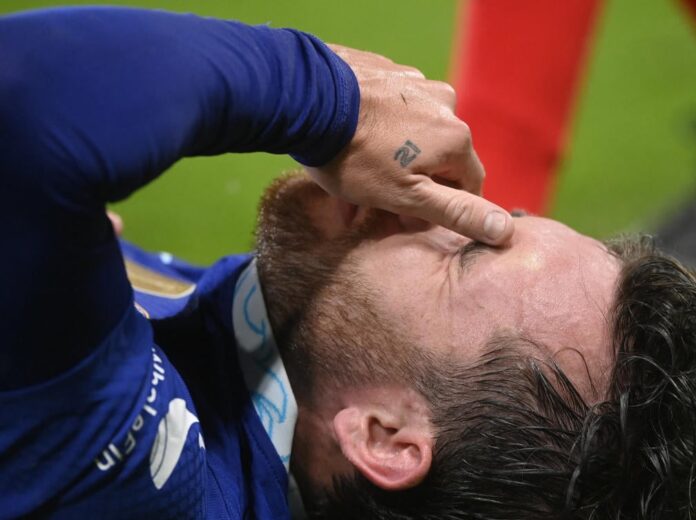 LONDON: Chelsea defender Ben Chilwell will miss England’s World Cup campaign after suffering a “significant” hamstring injury.Chilwell limped off during Chelsea’s Champions League group stage victory against Dinamo Zagreb on Wednesday.The 25-year-old left-back went for scans on his injury and Chelsea confirmed on Saturday that he will not be fit in time for the World Cup, which starts in Qatar on November 20.”Following the injury sustained in our recent game against Dinamo Zagreb, Ben has undergone a scan on his hamstring,” the Chelsea statement said.”Results show that Ben has suffered a significant injury and the defender is unfortunately expected to miss the World Cup.”Ben will now begin a rehabilitation program with the club’s medical department.”Chilwell has made 17 England appearances and was expected to compete with Luke Shaw for the starting left-back role in Gareth Southgate’s Three Lions team.He was part of the England squad that finished as European Championship runners-up in 2021, although he did not make an appearance during the tournament.Chilwell has returned to his best form this season after recovering from a ruptured cruciate ligament in November last year that ruled him out until May.”Following my ACL injury I worked so hard to make sure I was ready for the World Cup. It has always been a dream of mine. Unfortunately, this won’t be possible following my scan results. I’ll do all I can to get back playing for Chelsea ASAP. Thanks for the messages of support,” Chilwell wrote on Twitter.Southgate is due to name England’s World Cup squad on Thursday, with their first group match coming against Iran on November 21.Chilwell’s injury is the latest blow for both Chelsea and England, with Blues right-back Reece James facing a race against time to prove his fitness after suffering a knee injury.Southgate also has injury concerns over Manchester City right-back Kyle Walker, who has had groin surgery, while City midfielder Kalvin Phillips has hardly played this season after dislocating his shoulder.