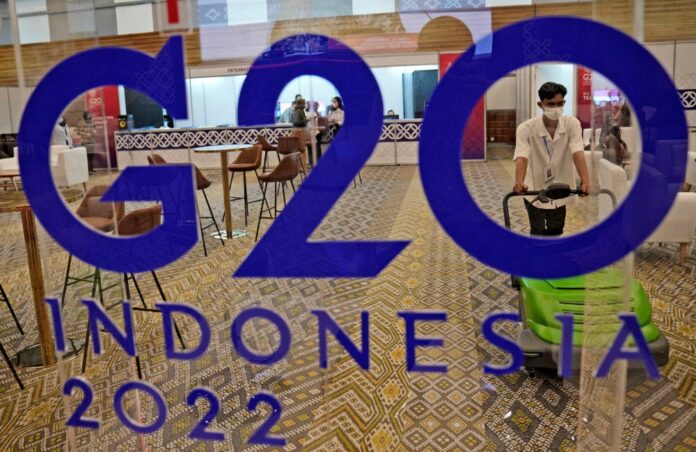 NUSA DUA, Indonesia: The G20 will issue an end-of-summit statement in which “most” members will strongly condemn Russia’s war against Ukraine, a senior US official said Tuesday in Bali.”I think you’re going to see most members of the G-20 make clear that they condemn Russia’s war in Ukraine, that they see Russia’s war in Ukraine as the root source of immense economic and humanitarian suffering in the world,” the official told reporters, speaking on condition of anonymity.The statement, to be issued at the end of the summit this week in Bali, will show that the G20 is “really isolating Russia” — a member of the group of the world’s biggest economies.The official would not say how many countries would not join the condemnation, nor how diplomats would craft the non-unanimous declaration within the document, which is issued by all member countries.Russian President Vladimir Putin, who ordered a devastating and so far largely failing invasion of Ukraine nine months ago, has not joined other leaders in Bali. Russia is represented at the summit by his foreign minister, Sergei Lavrov.With Russia objecting even to the use of the word “war” to describe its attempt to subjugate neighboring Ukraine, there has been intense speculation over how — or if — G20 countries would respond to the crisis in a collective manner.The US official said nevertheless, “Russia’s war of aggression … is being condemned in the strongest possible terms.”The statement, said the official, “speaks in very clear terms.”