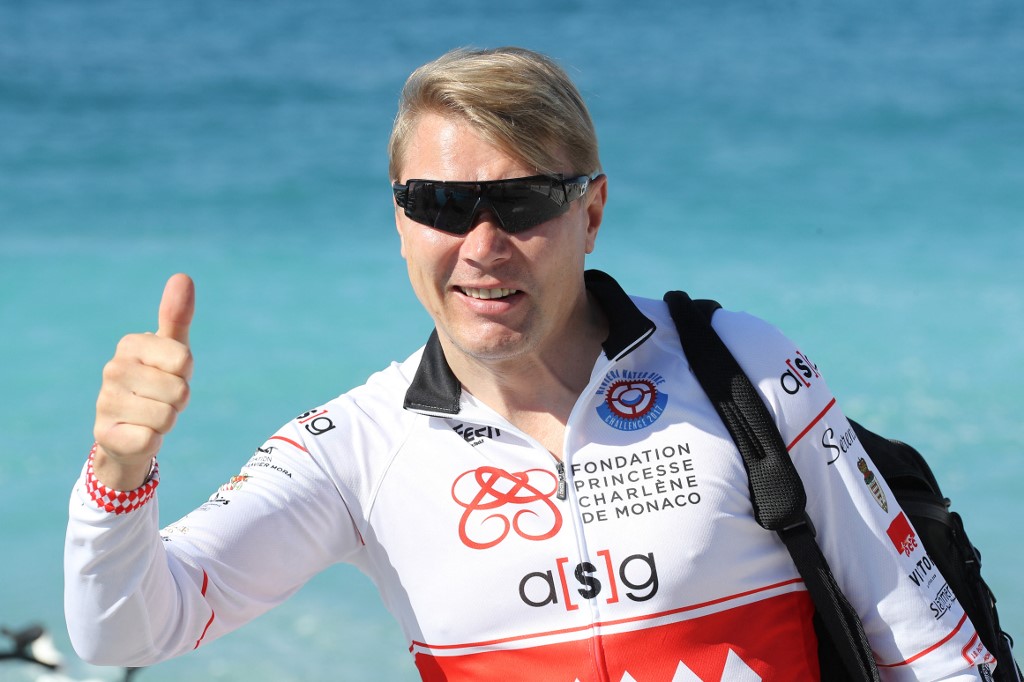 JEDDAH: The inaugural edition of the Saudi Arabian Grand Prix is set to be held in Jeddah from Dec. 3.

Mika Hakkinen, a two-time Formula One champion and founder of the INZDR app, is in Jeddah to create awareness about the importance of maintaining a healthy diet.

The Finnish racing legend has been telling locals that “consuming a healthy, nutrient-rich diet is key to performing at your peak when you are an athlete and in general for living a radiant life.”

Danube, the supermarket and hypermarket chain in Saudi Arabia, hosted a “Racing Kitchen” event at Red Sea Mall in Jeddah with Hakkinen.

The “Racing Kitchen,” hosted on the Danube app during the F1 season, features an array of nourishing recipes that could be part of a nutrient-rich diet to inspire an optimized lifestyle.

Hakkinen, who is thrilled to be in Saudi Arabia, said: “Whenever I used to race, I always wanted to speak to the people of that country, understand their culture. Even though I am a two-time F1 world champion and the treatment will be special, I still wanted to understand how they will treat me. I have found Saudis to be very kind, nice, and polite. It reflects their parents’ and grandparents’ upbringing. With this kind of behavior, I have made lots of friends.”

Through the INZDR app, the former Finnish driver said that F1 enthusiasts “can also learn more about the sport and get access to exclusive content from their favourite drivers.”

Two Finnish drivers, Kimi Raikkonen and Valtteri Bottas, will also be participating at the Saudi Grand Prix. Commenting on who has a high chance of winning, Hakkinen said: “Kimi will retire at the end of this year. He had a great career in his life and he did fantastic work. I admire his energy which he gave to F1. Talking about the general speed, I do not think they have a really good chance but with F1 you never know what will happen. Speaking of Valterri Battos, he can be really good in the Saudi Grand Prix and may have a chance to win it too.”

Previous articleWhat We Are Reading Today: Managing Medical Authority by Daniel A. Menchik
Next articleSaudi Arabia kick off 2021 FIFA Arab Cup campaign with 1-0 defeat by Jordan

Beijing says it warned away US warship in South China Sea

New Zealand says it won’t use lockdowns when omicron spreads