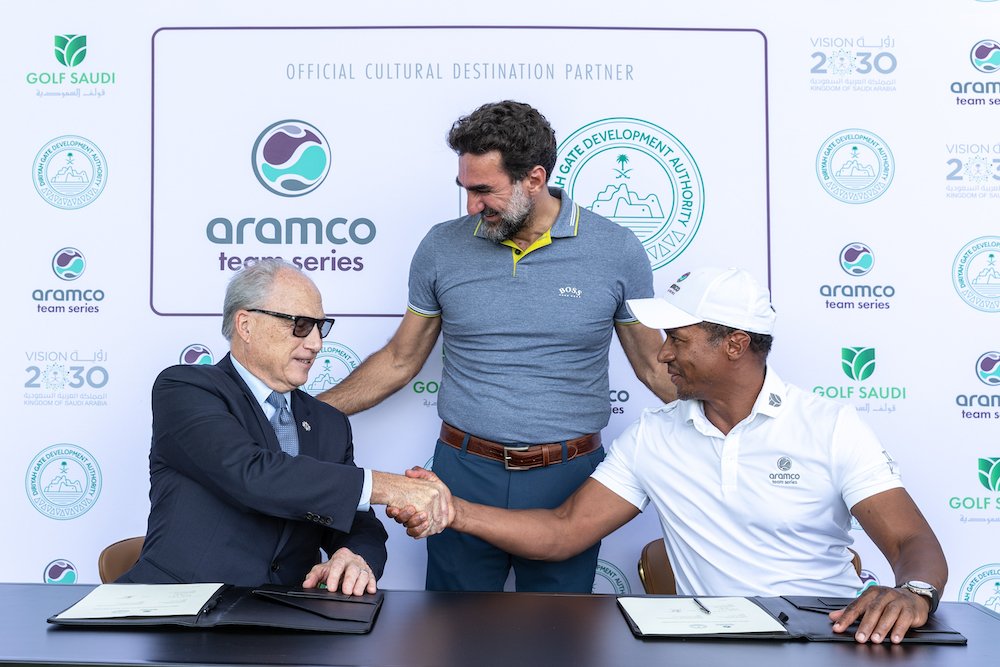 The partnership could open the door for hosting the Aramco Team Series in Diriyah in the future. By hosting a tournament on-site, DGDA will be able to showcase its unique historical and cultural values to a new worldwide audience.

“Diriyah is already well on its way to becoming a global cultural icon, and following this agreement with the Aramco Team Series we look forward to becoming one of the world’s greatest gathering places for golf,” Jerry Inzerillo, group CEO, DGDA said. “Diriyah, Riyadh’s new global cultural and lifestyle destination, has already established itself as a home of world-class sporting events and this agreement will continue that tradition.

“With Saudi Arabia swiftly establishing itself as one of the world’s most dynamic golf markets, we are incredibly excited about our partnership with the Aramco Team Series, which not only gives prominence to women’s golf but also fits into our mission to make Diriyah a global icon and a must-visit destination.”

DGDA previously worked with Golf Saudi, the owner of the Aramco Team Series, in 2019 when both parties signed a landmark deal with the Greg Norman Golf Course Design Co. A 27-hole golf course is due to be built, as part of the exclusive new Wadi Safar residential district in Diriyah, developed by DGDA. As part of the agreement, Golf Saudi has been providing DGDA with technical and management services as an expert in the field with the two entities having formed a joint working team, comprised of specialists from both sides, to activate areas of collaboration as envisioned in the original agreement.

Commenting on the partnership, Majed Al-Sorour, CEO of Golf Saudi and deputy chairman of the Saudi Golf Federation, said: “I am delighted to once again be working with Jerry and his team at DGDA. This deal underscores our joint desire to ensure Saudi Arabia becomes a destination of choice for international travelers, as we look to attract new audiences through the medium of golf. We both know that sporting events can be a vehicle to bring both Diriyah and Kingdom to the world and this agreement will ensure that Saudi Arabia remains on the sporting map in the years ahead.”