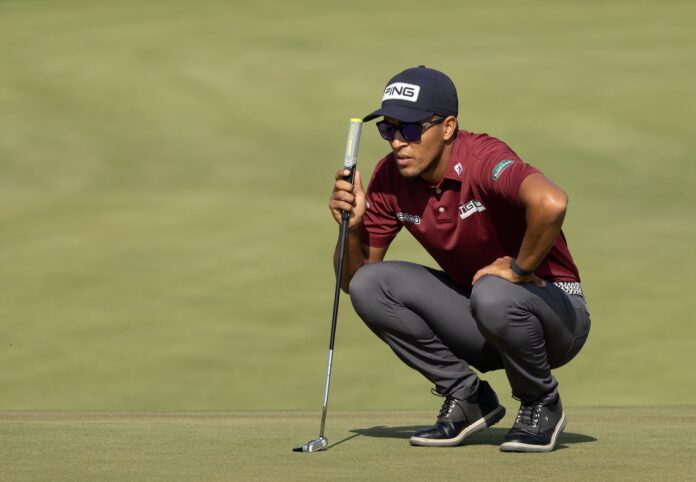 CAIRO: The future looks bright for golf in the Arab world after three players from the region finished in the top 40 of the International Series Egypt, as a strong contingent of 17 players from nine different countries teed off at the flagship Asian Tour event.

Andy Ogletree of the US secured his maiden title in the professional game on Sunday, winning the $1.5 million event at Madinaty Golf Club in Cairo. He fired an eight-under-par 62 to finish with a total of 23 under, and won by four shots from Austria’s Bernd Wiesberger, who returned a 63.

Korean Jeunghun Wang (64) and American Sihwan Kim (65) tied for third, seven behind the winner. The result saw Kim return to the top of the Asian Tour Order of Merit list.

And it was an encouraging showing for the best of the Arab golfers.

Jordan’s Shergo Kurdi was highest placed of the regional representation in Cairo on T27 with a seven-under total thanks to three superb under par rounds and a level par second round. That put the 19-year-old, who featured in the LIV Golf Invitational series last season, one ahead of amateur Moroccan El Mehdi Fakori (T33) with Ayoub Lguirati (T37) a shot further back.

Adam Bresnu, another promising Moroccan amateur, gained invaluable experience by playing all four days, while Saudi Arabia’s Othman Almulla, Faisal Salhab and Saud Al-Sharif were in the field along with players from Oman, Lebanon, Tunisia, Bahrain and Qatar in a strong regional showing.

Almulla, Saudi Arabia’s first-ever professional golfer, is seen as a leading light and an inspiration by many younger members of the current crop, for his efforts in recent years. “It is a unique situation, we have all known each other a long time through junior golf and amateur golf, and now we are seeing each other at tournaments like this. With the Asian Tour expanding in the Middle East, a lot of players are going to get some very cool experiences.

“With more tournaments like the International Series in Egypt and Morocco, the players are going to see each other more and learn from each other more. The ceiling is extremely high for Arabian golfers, and we have come a very long way.

“I have competed internationally for 20 years and one thing I have learned from the Asian Tour, (by) rubbing shoulders with the best in the world, it is a testament to how you can be competitive and still help each other,” Almulla added.

Jordan’s Kurdi, one of the players being tipped to make a breakthrough for the region, said: “The game has grown in a huge way in the past 10 years. A decade ago, you would hardly see an Arab player and now the sport is on the rise. I am happy for any player who is in contention, and I hope we can hopefully keep going in the right direction. It makes me proud.”

Lguirati, who was T3 with just one hole left to play on day one, impressed many watchers with his high-quality golf. He was delighted to see so many Arab players in both Morocco and Egypt. “This has been a brilliant opportunity for Arab players to challenge and compete against particularly talented players and it can only help us improve. I hope we can continue to make progress. Hopefully this will also inspire more younger players from the region to pick up a club and play.”

As the highest placed amateur in the field on six under, Fakori claimed a place in next season’s Saudi International, a major high-profile event on the global golfing calendar. “The Arab Golf Federation are doing some great things to help us promote and improve the sport, and I hope that in the next 10 years we can have many great Arab players. We are getting there, we can see it this weekend and things look very promising.”