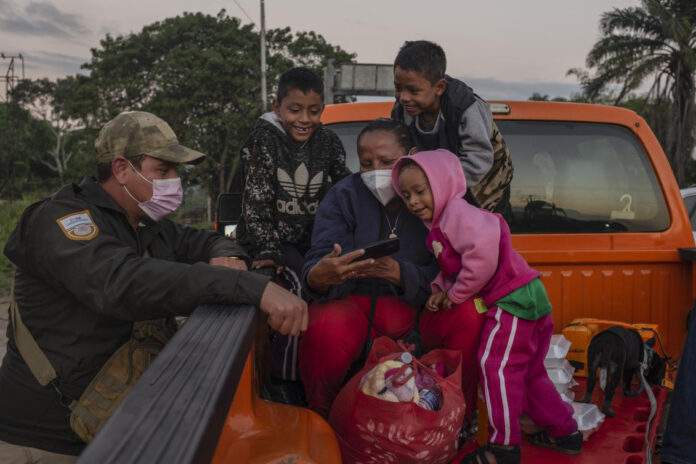 MEXICO CITY: Mexican immigration authorities say they discovered 210 migrants packed into a truck trailer in the central part of the country.
The National Migration Institute said the truck failed to stop as directed at a checkpoint in Puebla state on Friday and it was pulled over after a pursuit near the city of Tecamachalco.
When the doors of the trailer were opened, agents found women, men and children amid cushions and homemade fans, the institute said. The driver of the truck was detained.
The discovery came two weeks after authorities found 600 migrants in two trailers in the eastern state of Veracruz.